This tune is an underdog story where our boys are sent to a gig at some posh place but are deemed to scruffy to take the stage. It all has to do with the English class system, which is typically a yawner as a subject (or else confusing: You have to hit rewind on the DVD remote, and then scroll around to get the subtitles working), but this is The Faces and we trust them to tell a story in under three minutes thirty seconds and then let us go. And through the song Rod Stewart lets us know why the club wouldn't let them play, and accents and class has a lot to do with it:

"We just don't have the right accent."

"I didn't have the old school tie."

"My regional tongue gave us away again."

Oh, and they had to take the bus home. Too bad. Musically, it's one of their finest rockers with the band blazing through it and Stewart whooping along. Not only do we get to hear the legendary Glynn Johns at the beginning, the tune also contains one of the all-time great rock 'n' roll pauses in the song too. I'm guessing this is a cinch as the greatest song ever about regional accents.

And if you're wondering why I'm intrigued by regional accents ... a not-so-small part of it is being at a party in the mid-nineties and having somebody wonder aloud if I started talking like I do after seeing the movie Fargo. And then being at later parties and telling people I was an accent consultant for that movie and sometimes getting away with it. Or the most fun: Having my accented-but-less Minneapolis friends relish/laugh at how I say: "I'm goin' home."
Posted by Bill Tuomala at 11:14 PM
Labels: Tuesday Tuneage 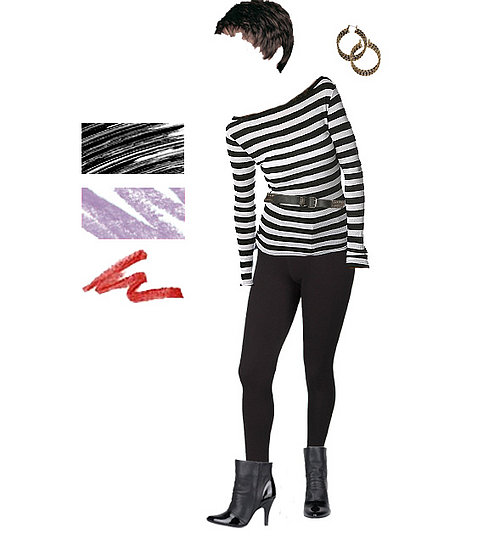 In a lunch room scene in 1982's Fast Times At Ridgemont High, the greatest teen comedy ever made, Stacy (Jennifer Jason Leigh) says to Linda (Phoebe Cates): "That girl looks just like Pat Benatar!" To which Linda responds that Ridgemont High in fact has three girls who have cultivated the Pat Benatar look. Eighteen years later I was in the Entry with my friend Jim, we were checking out The Phones, a Fargo-Moorhead band who had a Minneapolis scene heyday back in the eighties. The crowd was largely (all?) people our age, folks in their mid-thirties and up. You had the sense that there were a few married couples who had hired a Friday night babysitter so that they could go out and relive a slice of their twenties. Nothing wrong with that, The Phones were blasting dance-y music and the crowd was eating it up. At one point Jim pointed to a gal wearing tights and a headband dancing on the floor and said: "That girl looks just like Pat Benatar!"

So anyway ... in case you had forgotten ... Here is the classic Pat Benatar look: Short hair with bangs and ears exposed, high cheekbones, a top with horizontal stripes that shows a lot of shoulder and the upper back, a totally unneccessary belt (how did she get those pants on?), and boots. The Rascals did this tune first and best, but once again: How did she get those pants on??
Posted by Bill Tuomala at 11:31 PM
Labels: Q98 Classic, Tuesday Tuneage

This is a medley of the type that Soul Asylum was known to pull off in the late eighties in their club shows. (According to the Enter The Soul Asylum website, it was recorded in June of 1988 at the Whiskey A-Go-Go. (Thanks also to this website for identifying the Bootsy Collins tune in the medley ... I had no clue on that one.) Why Soul Asylum gave such a title to this live track, I don't know. James At 16 was a TV show that my sister liked in the late seventies. I didn't like it. I don't remember why, I probably decided not to like it just to annoy my sister.

Here are the songs that Soul Aslyum triumphantly run through (if only in portions):

Except it's not a bunch of ironic slackers shrugging and smirking their way through these songs. This was something they would do after yet another mind-blowing show. As I've written before, Soul Asylum were the best live band of my generation. C'mon, the medley list has you intrigued. Give it a listen. If the medley isn't pitch-perfect, well ... it's four garage rockers serving up a nightcap after a solid set of brilliance.
Posted by Bill Tuomala at 11:29 PM
Labels: Tuesday Tuneage

Last weekend I watched Street Fight, a documentary about the 2002 mayoral campaign in Newark, New Jersey. I loved it and gave it five stars in my Netflix rating, but found myself thinking strange thoughts during it. These thoughts were all about television series.

In recent years, I have watched The Wire and The Sopranos in their entirety on DVD. These HBO series are easily among contenders for The Greatest Television Drama of all time. I hold The Wire among my favorite TV show ever, and can't stop thinking about The Sopranos months after watching the final episode. So while watching Street Fight, early on I was thinking: "This reminds me of Season Four of The Wire", which also dealt with a mayoral race in a crime-ridden, majority-black city. Then I had to remind myself that Street Fight is real, and The Wire wasn't. (Another brilliant TV drama I have watched in recent years, Homicide: Life On The Street, came from the same real-life Baltimore source material as The Wire. Though in my mind at times I think of Homicide as fiction and The Wire as "real", even though both shows are fictional. I think it has to do with The Wire being more documentary-like.)

Later, during my viewing of Street Fight, I started to wonder what Newark-area resident Tony Soprano thought of this mayoral race. Here I was cleary in tongue-in-cheek territory, though I admit I thought it through and figured out that Tony would favor the sixteen-year incumbent - obviously if the mayor had been in power that long, Tony would have "his guys" within the administration. And when the documentary mentioned controversies that arose because of visits to a Newark strip club, I thought: Geez, they should of went to the Bada Bing! For the right price, Silvio would have made sure that things were kept hush-hush.

When I was about to scold myself for thinking about televison dramas all through the viewing of a political documentary, I remembered that The Wire and The Sopranos are great, engaging, entertaining art. And they're far superior to the crap that is shown on so-called reality TV. Of course, my great taste in television doesn't mean that I shouldn't maybe still go out there and get a reality of my own. Oh well.
Posted by Bill Tuomala at 12:03 PM

Tuesday Tuneage
Heart - "Even It Up"
1980
The killer riff and the surging horns make this sound like something off of Sticky Fingers. Except the vocals don't match up as that ain't Mick on vocals, it's Ann Wilson. And on this one she's having a hell of a lot of fun. I've never been a huge Heart fan, but Ann is a blast to listen to on this tune. Sure - it goes on too long, but you can spend that extra time gazing at the album cover. Sigh.
Posted by Bill Tuomala at 11:07 PM
Labels: Q98 Classic, Tuesday Tuneage

Cool Stuff I Bought On The Internet This Week

This week would have been a bore if it weren't for the Stanley Cup finals and these two things I bought online:

Bangs OD'd on prescription drugs while listening to The Human League, and I have (tongue-in-cheek, maybe) claimed that it was the band and not the drugs that killed him.

As Martin Aston writes in the June issued of Mojo: Sincerely (their debut album) and 1977's Twilley Don't Mind are of a kind with Big Star's first two or Tom Petty: divine Anglo-Dixie guitar-pop, in Twilley's case injected with post-American Graffiti teen angst.

Tuesday Tuneage
The Hotrats - "(You Gotta) Fight For Your Right (To Party!)
2010

Supergrass is a UK band I know little about. Why? They're British and recent, so you know ... why bother? I do know that two of the dudes from Supergrass went and formed (became?) The Hotrats and released an album of covers, one of which is this Beastie Boys tune as interpreted by The Who with Jack Bruce from Cream guesting on lead vocals, circa 1968.

Weird as hell on the first listen, then lots of fun during all the listens after. Bravo.
Posted by Bill Tuomala at 9:02 PM
Labels: Tuesday Tuneage
Newer Posts Older Posts Home
Subscribe to: Posts (Atom)