From an article about how in these tough times people don't hesitate to ask to split an entree:

"People are splitting things like they never have before," said David Pogrebin, general manager of French restaurant Brasserie in New York, where a hamburger costs $18.
Posted by Bill Tuomala at 10:14 PM

Sunday Nights Can Be Even More Depressing

I just flipped over to the Oscars. Why, I'm not sure. I can't stand awards shows - borrrrring!

I tuned in just in time for Hugh Jackman to proclaim that "the musical is back." Then he went into a song-and-dance routine. Ugh. I hate musicals even more than awards shows. Hugh Jackman? Now I know why Dr. Cox detests that guy!
Posted by Bill Tuomala at 8:55 PM 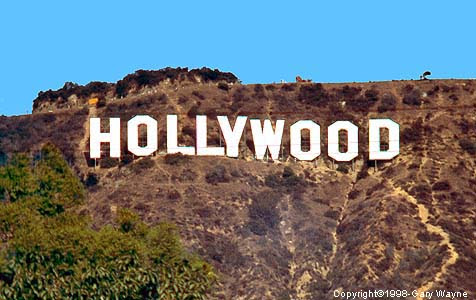 From the Grand Forks Herald:

Former UND forward Kevin Spiewak lives and works in Fargo, but his name has reached Hollywood and the big screen.

A short clip of UND’s 2000 quarterfinal game against Niagara can be seen in the new movie “He’s Just Not That Into You,” a romantic comedy that debuted as the No. 1 movie in the United States.

In one of the scenes, Alex (played by Justin Long) is watching the game and exclaims to roommate Conor (played by Kevin Connelly): “Come on Spiewak, this isn’t Ice Capades out there!”

Spiewak scored UND’s final goal of a 4-1 win in that game. The Sioux went on to win their seventh national championship, beating Boston College in the final.

One of my favorite actors, consider:

My Bodyguard (Unable to seperate actor from role, I genuinely loathed Dillon for a few years after seeing this)

Singles - (He was easily THE HIGHLIGHT of this flick ... "A big record just broke in Belgium" ... Dillon is underutilized in comedic roles.)

Beautiful Girls (something about how you can't tape Rich Man, Poor Man - you gotta watch it with the commercials like everybody else)

Herbie Fully Loaded (solid movie to watch while babysitting my niece: Michael Keaton as the dad, Dillon as the villian, Lindsay Lohan eye candy)
Posted by Bill Tuomala at 7:45 PM

I normally don't pine for summer during the winter. Over the years, I have begun to resent warm and hot weather (and sunlight too, for that matter.) Me, I'll take the cool/cold months of October through March when college hockey is on the menu every weekend and the only time I sweat is while working out.

But the past few days I have really had a craving for it to be summer and me to be floating in an inner tube a few feet from my folks' dock with a can of cheap domestic beer in hand. And maybe a boombox on that dock playing some tunes. It's early evening and things are just starting to cool off a little ... yeah, that would be nice. Anybody got seeds for tonight's bonfire?
Posted by Bill Tuomala at 11:11 PM
King And I February DJ Schedule

In the early nineties, my cable carrier had a sports channel called Prime on it. I don't remember what they showed during the week, but on weekends during the college hockey season they showed an eastern game early, generally around 6 pm, and then later on showed a Denver University game (can't remember if it was just home DU games or not.) This channel was vital as otherwise I was just stuck with Minnesota on the Midwest Sports Channel. In the mid-nineties, my cable carrier dropped Prime in favor of the Golf Channel. I remember telling my brother in disgust: "Great, now I get to watch Grant Show out on the driving range." (actual viewing!)

Things were then tough for years as for college hockey viewing I only got the Gophers on MSC/FSN. Every so often, one of the local independent stations would make a run at showing St. Cloud State games, but those efforts never lasted long. Three years ago or so, I signed up for a sports package with Comcast. Now I get some Fox Sports College Sports channels and College Sports TV that show college hockey. This season, the NHL Channel - also available on this sports package - has started showing college games. Last season, channel 23 began carrying home games from either Mankato State, St. Cloud State, or Minnesota-Duluth. Throw in the readily affordable UND webcasts of home games and suddenly there is all kinds of college hockey available for viewing.

Tonight on my Comcast there were SIX games available for viewing:

Minnesota vs. Alaska-Anchorage on FSN North and FCS Central
St. Cloud State vs. Michigan Tech on channel 23
Ohio State vs. Michigan State on Big Ten Network
Notre Dame vs. Northern Michigan on CSTV
(something called) Yale vs. Union on the NHL Network
and Denver vs. Colorado College on FCS Central for the late game

Me, I watched North Dakota vs. Mankato State on the webcast and then tuned in the last period and OT of DU vs. CC.

I put the question mark in this post's title as 1) only the Big Ten Network shows college hockey in HD, and 2) I believe once NCAA regional finals roll around again next month, those of us without ESPNU will be denied viewing. But the college hockey viewing buffett is a lot bigger than it was just a few years ago.
Posted by Bill Tuomala at 10:51 PM

"Together we will achieve victory."

My brother sent me this YouTube link: Johnny Chase is asking us to boycott the re-released Viking Quest DVD box set and denounce its accompanying online game until he is "compensated both monetarily and muscularaly."
Posted by Bill Tuomala at 9:15 PM

The Sioux Were Off This Weekend ... And So Were The Gophers

The mighty Golden Gophers have lost six out of eight and have been swept three out of the last four series. Sing along with Tom Petty: "They're free ... they're free-fallin'"

Ryan Stoa never seems to be a tough guy unless he's literally sitting on top of his opponent. I hope this punk gets his clock cleaned real soon.

But I am coming up with marketing opportunities for this Gopher squad:

And back to the overrated Gopher froshies theme: Jordan Schroeder? The Wooger himself called him out on Wisconsin's second goal - Schroeder failed to get back on defense on the play. At North Dakota and Wisconsin, the coaches will skate you to near-death on Monday for an error like this. At Minnesota when it involves a defensive error? Probably a pat on the head and: "Ahhh, I'm sure you can do better next time." 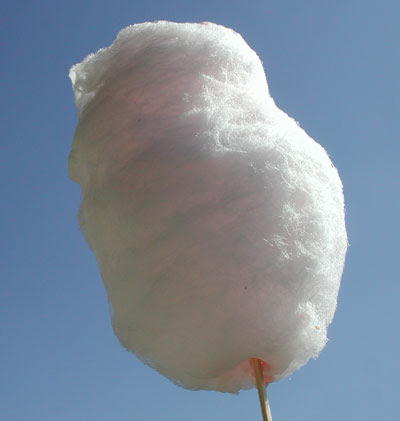 After watching just a few moments of the first period of Minnesota vs. Mankota State on Saturday night and seeing the Mavericks score a couple of easy goals, I have to wonder WTF Gopher fans are thinking when they brag up their freshmen these days. #3 and #21 on defense? These froshies are BRUTAL! #3 was standing right in front of his goalie and twice tried to weakly swipe away the puck from the opposing forward rather than play the body and move the forward off the puck. Result: MSU goal. Who the hell recruited this clown? On the second goal, #21 stumbled and bumbled at the blue line, got his pocket picked, and the Maverick forward was able to break away and score a short-handed goal.

I look forward to the Goofers first-round loss in the NCAAs against Miami-Ohio. What follows won't be so enjoyable: The inevitable chatter from the Gopher faithful about how great next fall's freshmen will be.
Posted by Bill Tuomala at 10:07 PM
Newer Posts Older Posts Home
Subscribe to: Posts (Atom)