After thirty years, I recently switched from using an electric razor to shaving with a manual razor and shaving cream. What happened was that one morning I put my bifocals on after shaving and with my readers part of the lenses saw I wasn't getting the clean, close shave I thought I had been getting. I hated shaving anyway - a few years back I moved to shaving only every other day as appearances aren't important with my employment situation. To see that I wasn't getting the job done properly drove me nuts. I've never had the desire to grow a beard (though a Nick Blackburn/Matt Guerrier-like moustache is under consideration), so shaving suddently became a major concern.

After doing some research online, I went with a Gillette razor. My other option was something from the Schick line. In fact, I like saying "Schick" more than I like saying "Gillette", so at times I pretend I bought the other brand. And after shaving once the old-fashioned way, I was hooked. Now instead of hating shaving, I love it. I love filling the sink up halfway with hot water, I love covering my face with shaving cream, I love rinsing the razor after a few strokes. And once I don those bifocals ... ahhhhh, sure "Schick" is fun to say - but so is "Gillette Mach 3 Turbo." So now I have a new favorite ritual.

And "ritual" is the key word here. As I get older and find ways to manage the various anxieties, worries, and day-to-day hassles that ultimately don't add up to anything major but a confused mind ... I find that it's the little rituals that calm me down, make me feel in control, and ready to face the day or long night.

Grinding whole bean coffee, pouring water into the coffee maker and hitting the "on" button. Reading the newspaper during commercial breaks during the Twins game. Mixing a martini, Rob Roy, or simple scotch and soda - my move last year to add cocktails to my liquid diet was no doubt influenced by the non-ritual of opening a beer. Cleaning the vinyl LP, cleaning the needle (all vinyl junkies know the importance of using clean needles), dropping the stylus on the outer rim of the album or single.

Rituals. The simple little things that keep me from saying "the way of the future" over and over again.
Posted by Bill Tuomala at 9:41 PM 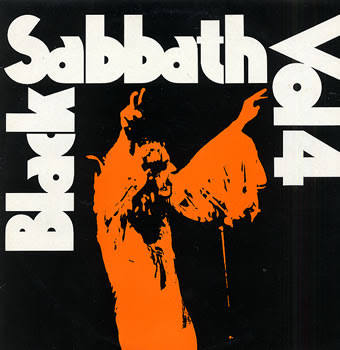 I pretty much hate summer. I was trying to decide if I "hate" summer or if I merely "dislike" it. But words like "detest" and "loathe" kept popping up in my mental thesaurus, so "hate" it is. I hear my fellow Twin Cities residents tell us that summer is our reward for our brutal winters, but I look at it the other way: Our winters are relatively mild (spend a winter a couple of hundred miles or more further north and you'll know what I mean) and I look at our falls and winters as being a reward for days where draining heat and humidity drown out any attempt I have at enjoying a day. Plus summer features lots of sunshine, which I find boring. Nighttime? Darkness? Much more fun, much more to dream about and write about in the dark hours.

Today the heat index in Minneapolis hit over 100 degrees. I spent most of the day in my apartment with my window air conditioning unit going, along with ceiling fans and a fan blowing here in my writing office. It wasn't cool enough to chill beer, but it was comfortable. I have recently been reading some nonsense about how we need to put our home air conditioning units aside. Something about how if we don't chill ourselves at home, we'll go outside and socialize with our neighbors. Then because folks are outside a lot after work, our streets will be safer. I assume that the anti-air conditioner lobby thinks that once this "Open Windows, Use Fans" strategy eliminates crime, it will soon bring us world peace.

Which brings me to Black Sabbath's "Snowblind." As I prefer winter to summer, when the heat index is around or over 100 degrees, I love to blast this tune on headphones and pretend it's January (even though the song isn't really about snow.) I crank up the air conditioning and celebrate that via its blasting loud technology it trumps all of that hippie commune "let's live together as one" bullshit. Just like Black Sabbath did.
Posted by Bill Tuomala at 10:43 PM
Labels: Tuesday Tuneage 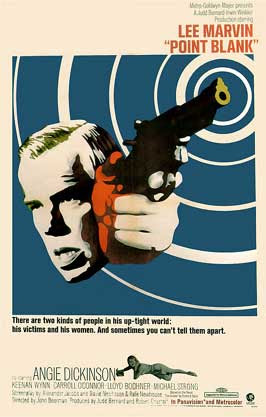 My one memory of this song when it was popular (it hit #39 on the Billboard Hot 100 when I was in high school) is hearing it while driving down Washington Avenue/Highway 81 South in Grand Forks on my way home from school. In fact, that is my only Point Blank memory. Curious, I checked my Rolling Stone Record Guide (original red one) to see what they had to say about the band. John Swenson: Pointless late-Seventies formula hard rock. Nice pun, Swenson. Allmusic.com doesn't give the band any kind of overview or bio, but their always-friendly album reviews tend to back up Swenson's "formula" claim, tending to refer only diehard fans of the group or Southern rock afficiandos to certain albums.

"Nicole" is from an LP titled American Exce$$. If you're someone who admires their use of dollar signs there, well they previously had an album pointedly - pun intended, Swenson got me going - aimed at getting some attention titled Airplay. Allmusic.com describes American Exce$$ as: "more Toto than ZZ Top." That hurts. More interesting in this review is the fact that prior to this album, Point Blank fired their original lead vocalist and brought in a guy named Bubba (yes!) Keith.

Rather than calling "Nicole" something as harsh as "formula", I'll call it "competent hard rock" and a helluva lot better than most stuff playing on Grand Forks' Top 40 station back in '81. It's about a guy who returns to his hometown to find the sweet little thing he had a fling or romance with has turned into a bad girl.

She's "hanging around with strangers" and "looking like a burnout."

But in the end, he admits he kinda likes his girl gone wrong, and not just because burnout girls wear the tightest jeans:

Of course she drives you wild, she's a hot girl and your name is Bubba. Nicole will never settle down with you but she'll let you buy a box of Miller High Life for her and her friends Friday night.
Posted by Bill Tuomala at 4:40 PM
Labels: Q98 Classic, Tuesday Tuneage 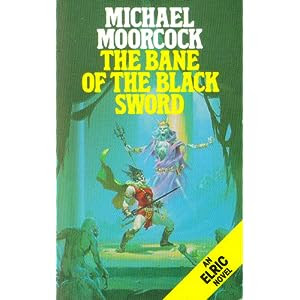 The lyrics for this song were written in collaboration with science fiction writer Michael Moorcock, and it's all about his hero Elric - the protagonist of a bunch of sword and sorcery books. I admit I had the misfortune of reading some of them as a teen. Not only were they not "hard sci-fi" but they were fantasy, which is bullshit. (Tip of the pen to Roman from Party Down Catering.) (Moorcock did write Behold The Man, which as far as I can remember is some great sci-fi. To keep all of this in perspective though, none of this stuff is exactly Play It As It Lays.)

But Blue Oyster Cult's sci-fi/fantasy/paranormal/S&M/kitchen-sink shtick holds up so well over time because their tongues were always planted firmly in cheek. And BOC's music also holds up because it is up there with the very finest of seventies metal: Riffing guitars, rock-solid rhythm section, and hooks hooks hooks. At the end of this tune you get some some sort of robotic voice talking sinister-like at the end. He's the voice of the Black Blade sword and he's asserting his control over his would-be owner. It's as scary as the kids who show up on your doorstep on Halloween in monster costumes. And "Black Blade" is as much fun as handing out treats to those kids and chuckling while you sip on a beer. Help yourself to some candy.
Posted by Bill Tuomala at 9:51 PM
Labels: Q98 Classic, Tuesday Tuneage

Tuesday Tuneage
The Del Fuegos - "Don't Run Wild"
1985
A big deal to some in the mid-eighties was the so-called "roots rock" movement. The logic, I think, went like this: Rock in the first half of the eighties got too overproduced and glossy. Roots rock was part of the counterattack, with band emphasizing "roots" such a country and old-time (think fifties) rock 'n' roll. Hence the likes of The Blasters, The True Believers, Rank and File, Jason and the Scorchers, The BoDeans, The Beat Farmers, Lone Justice, The Long Ryders, and The Del Fuegos. And just like pretty much every rock 'n' roll genre ... Some of it was great while much of it forgettable. (This description sums up The Long Ryders' State Of Our Union LP: Opening song "Looking For Lewis and Clark" is a classic while the rest of the album is unbelievably mediocre.)

Anyway, The Del Fuegos put out "Don't Run Wild" in '85. I had never seen the linked video until tonight, but now I know what Patrick Dempsey was up to before Can't Buy Me Love. I first heard the tune on Q98 out of Fargo and loved it. Still do, with its mysterious sound and catchy chorus it's a late-night-under-headphones fave. Problem is, the album they put it on is called Boston, Mass. When rock 'n' roll fans think of Boston, they think of the awesome J. Geils Band, who did their own version of roots rock (soul, R&B, Stonesy swagger) in the seventies and easily beat all the above-listed bands. "We are gonna ... blow ... your ... face ... out!"
Posted by Bill Tuomala at 9:59 PM
Labels: Q98 Classic, Tuesday Tuneage
Newer Posts Older Posts Home
Subscribe to: Posts (Atom)