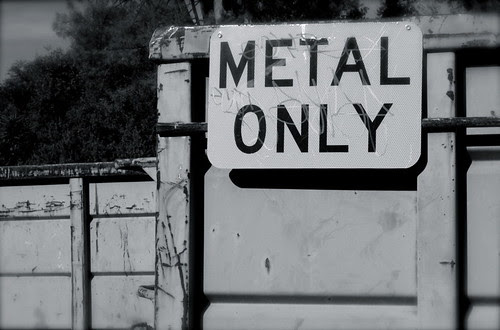 1) Conversation with a friend in my car in the late eighties while Iggy Pop's "Cold Metal" was playing on the radio:

2) "Cold Metal" is from the album Instinct, which features Steve Jones of Sex Pistols fame on guitar. Iggy's next album, Home, would feature Slash and Duff from Guns N' Roses. Confusion reigns!

3) Cut to circa ten years ago, sitting with friends in bar. I declare Stooges Fun House album one of the greatest metal albums ever. I am told that the Stooges weren't metal, they were punk. I say that Fun House was their "metal" album and Raw Power was their "punk" album, kinda like how Kick Out The Jams was the MC5's "metal" album and Back in the USA was their "punk" album. This was like trying to convince a friend that Iggy was actually singing the word "metal" in a chorus of a song ...
Posted by Bill Tuomala at 11:38 PM
Labels: Tuesday Tuneage

The goofballs who attend Tea Party rallies favor a certain sign in which President Obama is sporting war paint ala Heath Ledger/The Joker in The Dark Knight. But one look at Michele Bachmann in HD last spring prompted me to tweet that she looks much more like The Joker than Barack Obama does. This led me to wonder: Which classic Batman villains do the other Republican presidential candidates match up with?

Sure he's out of the race, but no other GOP figure says "cartoonish villain" like Donald Trump. And Trump = The Penguin. Wikipedia says that in the past twenty years, animated Batman series have depicted The Penguin alternately as "deformed outcast and high-profile aristocrat." Both of those descriptors match up with Trump.

Michele Bachmann = The Joker. Not only does she have the maniacal eyes and grin of The Clown Prince of Crime, she shows up on TV to taunt her opponents, which is Jokerish behavior indeed.

Mitt Romney = Mr. Freeze. Because he does seem to live at a below-zero temperature and he moves slowly, mechanically, like he's wearing a cryogenic suit.

Newt Gingrich = The Riddler. Gingrich is smart, but wants to show it off so bad that he trips up on his own smartiness, much as The Riddler gives Batman just enough clues to get caught. Wikipedia describes The Riddler as "a malignant narcissist with an enormous ego." Sound familiar, Newt?

Tim Pawlenty = Harvey "Two-Face" Dent. I have a relative who has met Pawlenty and although she doesn't agree with his politics, insists that he is the nicest guy. But what nice guy leaves his governorship with his state facing a six billion dollar defecit? Pawlenty recently showed more two-faced behavior. On a Sunday morning show he slammed Mitt Romney, then the next night at a debate he backed off from his attacks. Unfortunately for Pawlenty, America will not believe in Harvey Dent.

Ron Paul = The Scarecrow. Wikipedia says that The Scarecrow is addicted to fear and some would claim that a politician obsessed with the usual conspiracy, uh, scarecrows such as the Federal Reserve, the United Nations, and the North American Union is also addicted to fear.

Rick Santorum = This specimen is such a shrill scold that he doesn't match up to any villians. But remember in that great scene from The Dark Knight where The Joker says that he can spot the squealers? You just know that a pud like Santorum would rat out anybody and everybody if it means he would escape unharmed.

Jon Huntsman = ? Huntsman hasn't yet shown which masked threat to society he mirrors. But have no illusions, once he starts kissing up to the GOP base, Huntsman will reveal his creepy, belongs-in-Arkham alter-ego. And as others have pointed out, he - like Romney - already looks like the stuffed shirt who would hand you a pink slip to the applause of the shareholders.

And now you're waiting for me to annoit Barack Obama as Batman, right? Nope, consider Obama's cool demeanor, his ace handling of his commander-in-chief duties (offing pirates was just a prelude to the taking out Osama bin Laden, the what-Pakistani-sovreignty? mission reminds one of Batman's "he has no jurisdiction" taking of Lau in Hong Kong), and his background in Chicago - where Christopher Nolan has set his Batman films - and the resemblance is obvious. Our president is Commissioner Jim Gordon.
Posted by Bill Tuomala at 9:23 PM 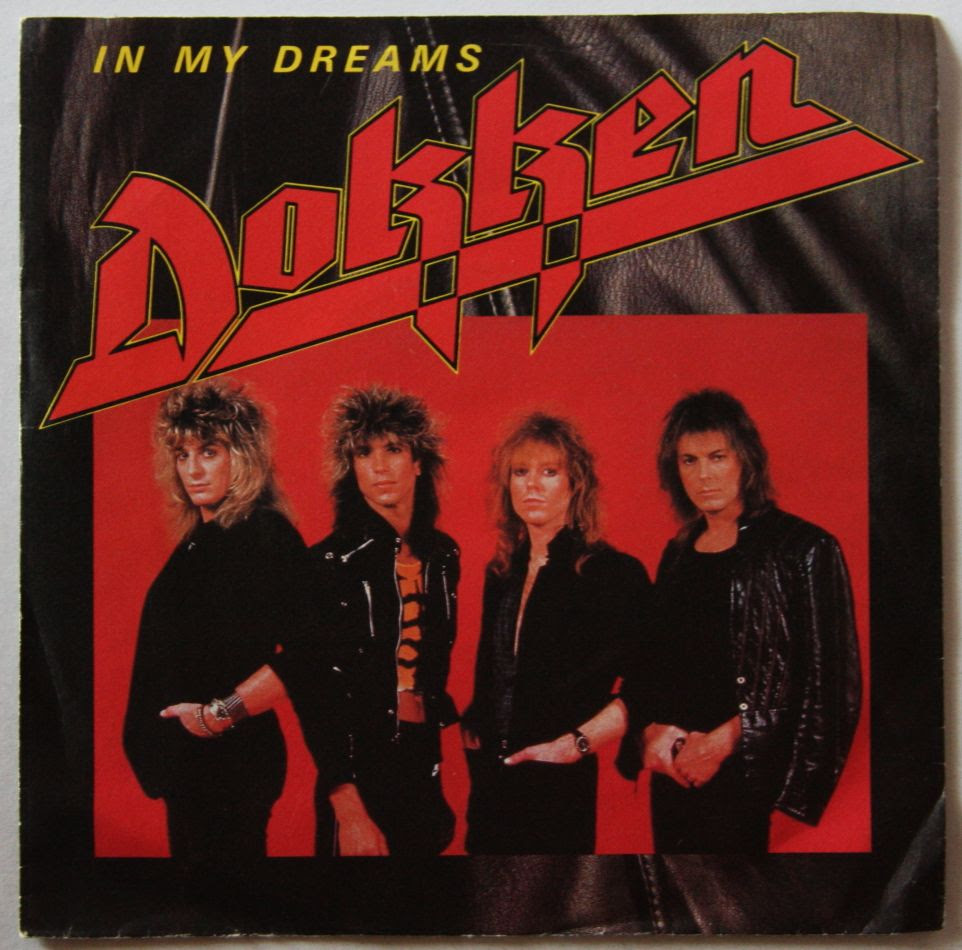 In my mind, there are two battling theories as to how I first heard a group of Mickey Mouse Clubbers do a cover of a Dokken tune:

1) It was played on a local radio show like Cosmic Slop or Crap From The Past and I was immediately drawn to it, as I considered the original an eerie minor classic from my college years.

2) I heard it in my car while scanning the likes of Radio AAHS or Radio Disney, the only stations I ever listened to in the nineties that would have had this tune in rotation.

My gut tells me that option #1 is the more logical choice and normally I would write it as such, but the "heard weird cover version of pop metal song in my car" storyline is also compelling. This brings up an ongoing debate in nonfiction personal writing. One school of thought says that you should always try your best to write the truth, another says you should write things how you remember them. I go with the latter as I generally write on trivial matters and being lazy I don't want to spend time verifying accounts of trivial matters. Though I have been scolded a few times as I have gotten the cast of characters wrong in one or two of my old-days memories I have written down. This hasn't convinced me to do any fact-checking on my memoirs though, I keep writing 'em down in the way I remember 'em.

Anyway ... Dokken was eighties pop metal and The Party was nineties bubblegum dance pop and OF COURSE they do the song justice, so what if their preteen/tween fans are not haunted by The One That Got Away? Which leaves it to us adults to listen to "In My Dreams" (which artist? pick 'em) and do a shot with a beer chaser. Damn you, haunting pop music.
Posted by Bill Tuomala at 10:53 PM
Labels: Tuesday Tuneage 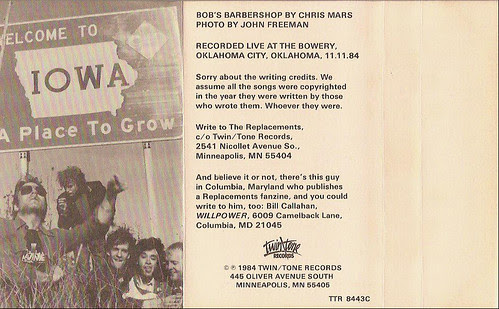 In Jim Walsh's oral history of the Replacements, All Over But The Shouting, Roscoe Shoemaker explains that he had taped a Replacements set at a small show in Oklahoma City in 1984. Shoemaker says there were twenty to thirty people at the show at that they yelled out requests that the Replacements honored. Somebody seized/stole the tape and it went on to become a released by Twin/Tone Records in 1984. (Full disclosure: In this book, I relate two anecdotes about seeing the band in 1984 and 1987.)

Available at first only on cassette titled The Shit Hits The Fans, and then later something of an urban legend - unavailable in the pre-Internet ages, rumored to be a bootleg, this Oklahoma City set went on to become known among Replacements faithful as the "'Mats get drunk and play cover" live album. I scored a copy off of eBay ten years ago or so, the seller claimed it was a CD, by which he meant that it was a CD-R with the album title written in a kinda-fancy font on the disc. No cover art, no liner notes. I think I paid ten bucks.

A close listen reveals that The Shit Hits The Fans isn't quite the "they play drunk covers" of legend. While undoubtably drunk, the Replacements first half of the recorded songs is a mixture of originals and straightforward covers of Lloyd Price, Robyn Hitchcock, and The Jackson 5. The songs of legend happen after they wind up their original song "Hear You Been To College" - a slow blues - and people in the crowd yell "play white music!", "Lynyrd Skynyrd!", and "play some rock you fucking pumpkins!" Or maybe it's "bumpkins", which might make more sense, sounds like "pumpkins" to me though. I'm convinced it's the ignorant demand to "play white music!" that pissed off Westerberg a little or maybe more and which prompted him to unleash the band through a string of classic rock covers like "Saturday Night Special", "Breakdown", "Misty Mountain Hop", and "Takin' Care Of Business." Most of these they fail to finish, and "Iron Man" actually starts out as "War Pigs" until Westerberg starts singing "Iron Man." Funny stuff, and damn fun to listen to, also, though probably only to diehard Replacements fans. It's not exactly the stuff you'd play to someone unfamiliar with the band to win them over.

The best of the covers is that of Bad Company's "Can't Get Enough", in which they blister through it straight-on and even convince themselves to pull off the guitar solo. That beats being able to stand up straight most nights.
Posted by Bill Tuomala at 10:25 PM
Labels: Tuesday Tuneage 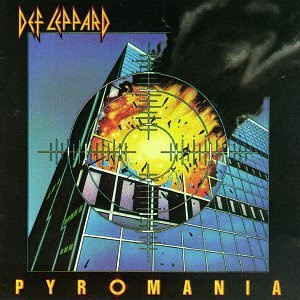 How much do I love vintage Def Leppard? Too many reasons to go into here, so let me go with this: I regularly compare them to another fave - Mott the Hoople.

"Rock of Ages" is from Pyromania and like the rest of that album, it's hook-tastic and helped Def Lep get on the radio for those oh-so-long months before the deluge of radio greatness that was the year 1984 started. You have to remember: This was 1983 when crappy fop fellow Brits like Culture Club and all those New Romantic bands had Newsweek wondering about a New British Invasion. Def Lep were leftovers from the NWOBHM (New Wave of British Heavy Metal) who after their debut album were picked by Mutt Lange for him to work his wonders, and work his wonders he did. High 'N Dry was a hard rock classic, and Pyromania topped it. With radio (and not the office building on its album cover) the target in mind, Lange and Def Leppard unleashed song after song that landed on Top 40 and AOR radio. One of these was the chorus-heavy, Mott-reminding, anthem that was "Rock of Ages."

The great thing about the video for this tune is that it's a parody of so many insipid heavy metal/Dungeons & Dragons videos (see Dio, Ronnie Fucking James.) Though it is strange to see drummer Rick Allen with both his arms, his losing an arm in a car accident in 1984 would provide the opening for Mutt Lange to completely take over the recordings of Hysteria, create a dozen or so more Top 40 and AOR hits, and leave Def Leppard as the faces to tour behind his studio effort. (So goes the theory, just don't ask a Shania Twain fan about it.) Regarding Rick Allen ... sixties garage rockers The Barbarians also had a drummer with one arm and their most famous song is "Are You A Boy Or Are You A Girl", which sounds a lot like Def Leppard AND ... Mott the Hoople!
Posted by Bill Tuomala at 9:15 PM
Labels: Q98 Classic, Tuesday Tuneage
Newer Posts Older Posts Home
Subscribe to: Posts (Atom)